Established in 1993, the Jon A. Meese Funeral Home is located at the corner of Van Horn and Fifth Streets at the site of the former Ken Gray Funeral Home.

Jon is originally from the Richland section of Johnstown. He worked at the Ketterer Funeral Home while in high school and decided to devote his life to the profession. Jon graduated in 1987 from the Pittsburgh Institute of Mortuary Science and has worked at a number of funeral homes in both Johnstown and Pittsburgh before deciding to become an owner. Jon bought the former Gray Funeral Home and has done a lot of renovations to the property.

Meeting the needs of each family is a priority at the Jon A. Meese Funeral Home. Jon and his wife, the former Theresa Schultz, a pharmacist, are proud to serve the people of this area. 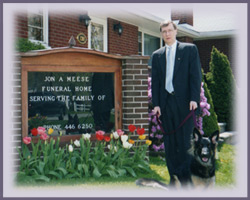 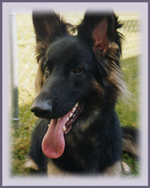 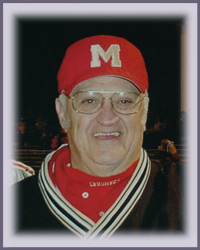 to the memory of

Football and Baseball Teams for 40 years.